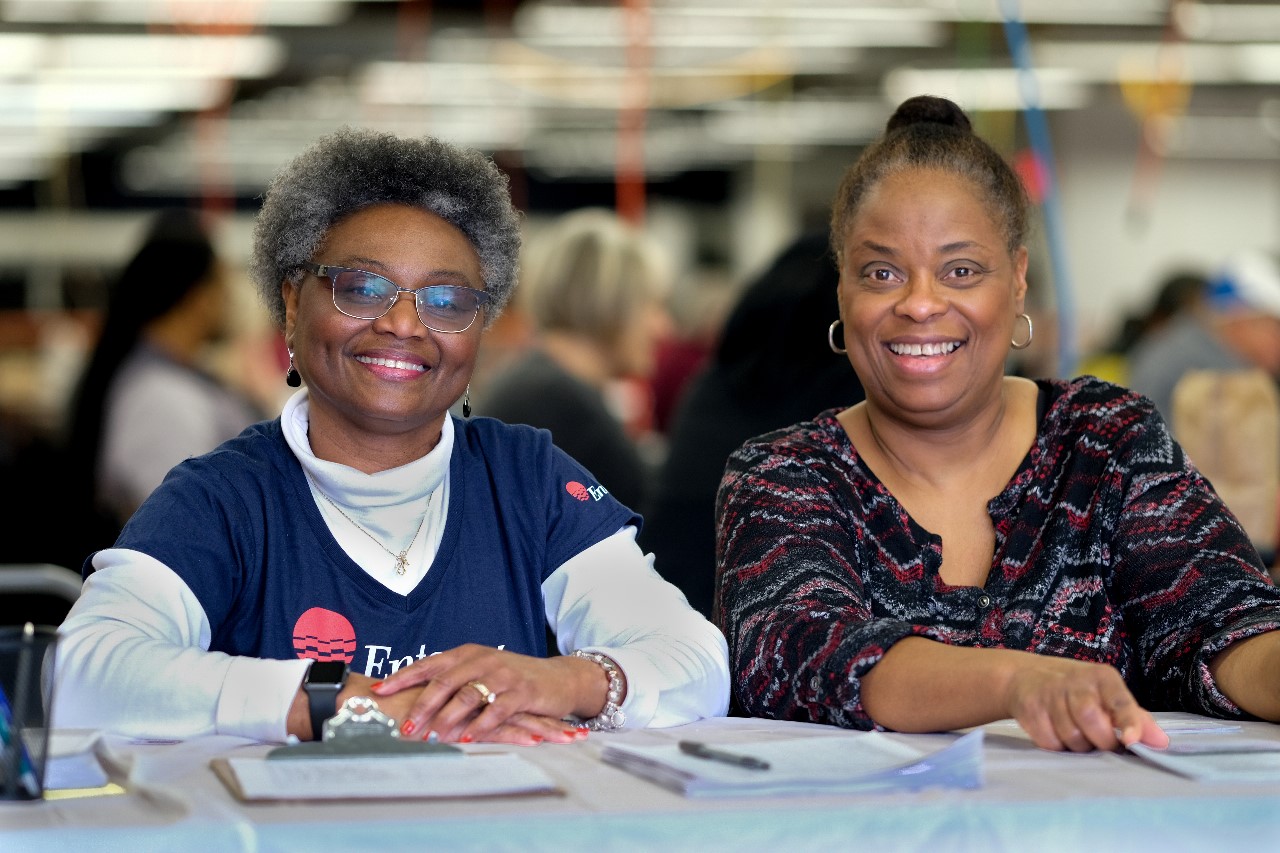 “The work Entergy has done with our Super Tax Day partners has been life-changing for customers and communities,” said Phillip May, Entergy Louisiana president and CEO. “Through the years, we’ve expanded our partnership networks to serve more customers at more Volunteer Income Tax Assistance sites, and we continue seeing the positive difference it makes for families in Louisiana who qualify for the EITC program.”

“Our efforts wouldn’t be possible without the participation and enthusiasm of employees,” said David Ellis, Entergy New Orleans President and CEO. “They volunteer as certified tax preparers and serve in a variety of support roles. The amount of preparation and teamwork that goes into our Super Tax Day events is truly amazing and a testament to Entergy’s leadership in the communities we serve.”

Entergy also worked with partners to expand the services available on Super Tax Day, such as financial coaching, budget workshops, free legal services, drop-off tax prep services and more. Participating banks have helped customers open savings accounts onsite at some of the VITA locations. Additionally, incentives such as scratch-off cards with cash prizes have been effective in encouraging customers to save a portion of their refunds.

To find out more about Super Tax Day, locate nearby VITA sites and learn about qualifications and documents needed, customers can visit entergy.com/freetaxhelp.

Entergy New Orleans, Inc. is an electric and gas utility that serves Orleans Parish. The company provides electricity to more than 200,000 customers and natural gas to more than 106,000 customers. Both companies are subsidiaries of Entergy Corporation.

Op-Ed: Biden has one thing to thank for his resurgence: Fear

1. Dow looks to extend winning streak to five sessions Dow futures were pointing to an over 250 point advance at Friday's open ahead of...

The right-wing populist Vox party is calling for the resignation of the left-wing government on May 23, 2020 in Madrid, Spain. DeFodi Images An uneven recovery...

Despite some impassioned comments from speakers and some vulgar language there did not appear to be anything but a peaceful exercise of Constitutional rights NEW...

The effort targeted personal email accounts of staffers in both campaigns. BOSTON — Google said state-backed hackers have targeted the campaigns of both President Donald...