Home coronavirus Coronavirus live updates: No 'B Plan' to postpone Tokyo Olympics again
This post was originally published on link to post 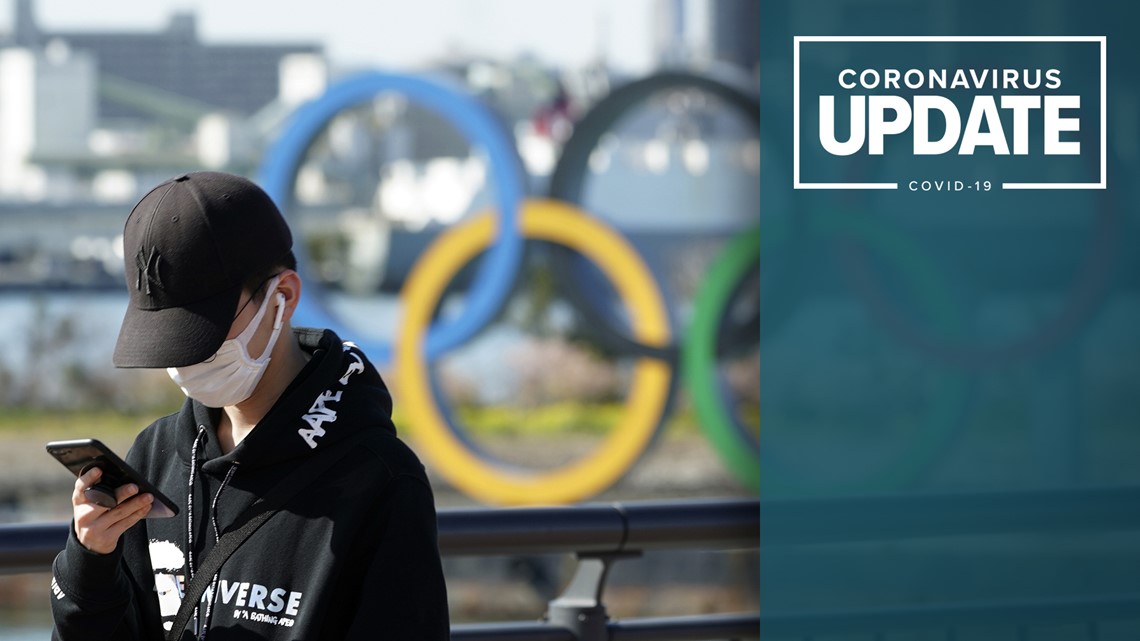 There have been 582,607 confirmed cases of COVID-19 in the United States as of midnight ET Tuesday morning, according to Johns Hopkins University. Of those, 23,628 have died and 44,261 have recovered. The U.S. has conducted more than 2.9 million tests.

For most people, the virus causes mild or moderate symptoms, such as fever and cough that clear in two to three weeks. For some, especially older adults and people with existing health problems, it can cause severe life-threatening illness, including pneumonia.

RELATED: 80 million should get stimulus checks by Wednesday, Treasury says

Hundreds more have died in Britain than government tally

New figures show that hundreds more people with COVID-19 have died in Britain than have been recorded in the government’s daily tally.

The Office for National Statistics says 5,979 deaths that occurred in England up to April 3 involved COVID-19, 15% more than the 5,186 deaths announced by the National Health Service for the same period.

The daily total released by the U.K. government only includes people who died in hospitals. The higher figure includes deaths in all settings including nursing homes, and cases where coronavirus was suspected but not tested for.

Tokyo Olympics in 2021: Organizers have no ‘B Plan’

Tokyo organizers say they have no “B Plan” if the Olympics need to be postponed again.

They say they are proceeding under the assumption the Olympics will open on July 23, 2021. That date was set last month by the IOC and Japanese officials after the spreading coronavirus pandemic made it clear the Olympics could not be held as scheduled.

The severity of the pandemic and the death toll has again raised questions if it will be feasible to hold the Olympics just over 15 months from now.

The Tour de France won’t begin as originally planned because French President Emmanuel Macron has canceled all public events with large crowds through mid-July in response to the coronavirus pandemic.

Tour organizers say it is now impossible for the three-week race to start on June 27 in the Riviera city of Nice as scheduled.

It is unclear if cycling’s biggest event will be scrapped from the race calendar. New plans are likely to be announced before the end of the month following consultations with the governing body of cycling.

More than one-third of American Airlines pilots and flight attendants will take voluntary leave or early retirement, according to the Dallas Morning News.

About 4,800 pilots are reportedly being offered voluntary leave while 715 are taking early retirement with partial pay and full benefits. That’s in addition to 1,500 who were given voluntary leave for April.

About 7,900 flight attendants signed up for voluntary leave and 760 will take early retirement, according to Dallas Morning News.

Amazon has another 75,000 job openings

Amazon says it has filled 100,000 job openings it announced on March 16 and is now looking to fill another 75,000 positions.

On its COVID-19 blog, the company said the positions include warehouse workers, delivery drivers and shoppers.

Amazon also said it expects to spend $500 million in wage increases worldwide, up from a previously announced $350 million.

People are driving less due to stay-at-home orders to stop the coronavirus from spreading, and consumer groups say that should mean lower auto insurance premiums.

Some companies have responded, but the Consumer Federation of America reports that discounts may be too small and aren’t being applied evenly.

In New York and Washington states, the number of traffic crashes fell by 30% last month. The federation says that means lower costs to insurance companies that should be passed on to consumers.

The group suggests calling your insurer and commenting on social media if they don’t offer discounts.

Some massive meat processing plants have closed at least temporarily because their workers were sickened by the new coronavirus, raising concerns that there could soon be shortages of beef, pork and poultry in supermarkets.

The meat supply chain is especially vulnerable since processing is increasingly done at massive plants that butcher tens of thousands of animals daily, so the closure of even a few big ones can quickly be felt by customers. For instance, a Smithfield Foods plant that was forced to close in Sioux Falls, South Dakota, after nearly 300 of the plant’s 3,700 workers tested positive for the virus produces roughly 5% of the U.S. pork supply each day.

In addition, conditions at plants can be ripe for exploitation by the virus: Workers stand shoulder-to-shoulder on the line and crowd into locker rooms to change their clothes before and after shifts.

'I'm a believer in my company' — Lowe's CEO says that's why he's personally...

These are the top sectors for jobs in renewable energy

NEW ORLEANS — Nearly 13,000 Entergy customers are without power in New Orleans Saturday night. According to Entergy, the outage started just after 7:30 p.m....

George Floyd to be laid to rest Tuesday

What to watch for in Warren Buffett's annual shareholder letter this...