Home coronavirus Group vows to stage twin beams of light for New York City...
This post was originally published on link to post 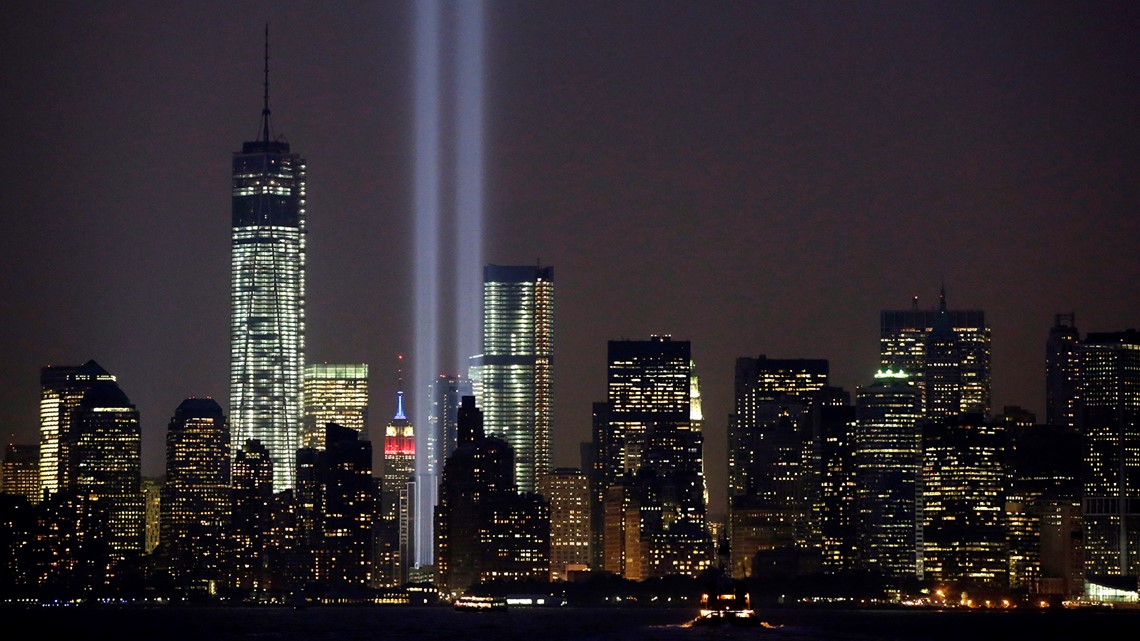 The move comes after the September 11 Memorial & Museum, which organizes the main annual tribute at the trade center site, canceled the lights over the pandemic.

NEW YORK CITY, N.Y. — Plans are back on to beam twin columns of light into the Manhattan sky to represent the World Trade Center during next month’s anniversary of the 9/11 terror attacks.

The Tunnel to Towers Foundation announced Friday that it is working on plans to shine the twin beams during its alternative 9/11 ceremony. The move comes a day after the National September 11 Memorial & Museum, which organizes the main annual tribute at the trade center site, canceled the light display over concerns about work crews during the coronavirus pandemic.

“The twin beams of light that shine over lower Manhattan in silent tribute to those lost on 9/11 are an iconic symbol of hope visibly showing that light will always triumph over darkness,” said Frank Siller, chairman and chief executive of the foundation.

RELATED: ‘True heroes’ | 5 teens save deputy when suspect attacks her

Last week, the foundation decided to hold an alternative 9/11 Never Forget ceremony after the National September 11 Memorial & Museum announced that family members won’t read the names of the nearly 3,000 victims this year because of the pandemic.

The foundation’s tribute will be held just south of the memorial plaza and relatives will read the victims’ names, with mask-wearing enforced and podiums being sanitized after each speaker.

The exact location of the twin beams display has yet to be determined, said officials with the foundation, a charity founded to honor the memory of New York City firefighter Stephen Siller, who died in the attacks and was Frank Siller’s brother.

It’s not clear yet where exactly the light display will be located, foundation officials said.

Forecast: The Saints know what they're doing, they've proven it for years

Lafayette General Health and Ochsner Health have completed their merger that was announced a year ago.

Covington-based Gulf States Real Estate Companies has expanded into Alabama, adding to its footprint in Louisiana and Mississippi and diversifying its services.

ARLINGTON, Va.--(BUSINESS WIRE)--Shipcom Federal Solutions (SFS), a leader in next generation supply chain management solutions, has been awarded a subcontract by the U.S. District...

Public health measures like wearing a mask and avoiding close contact with others could help prevent the forthcoming influenza season from complicating the nation's...

U.S. Steel plans to lay off hundreds of workers in Michigan