Home jefferson Jefferson Parish Schools to delay opening until Aug. 26
This post was originally published on link to post 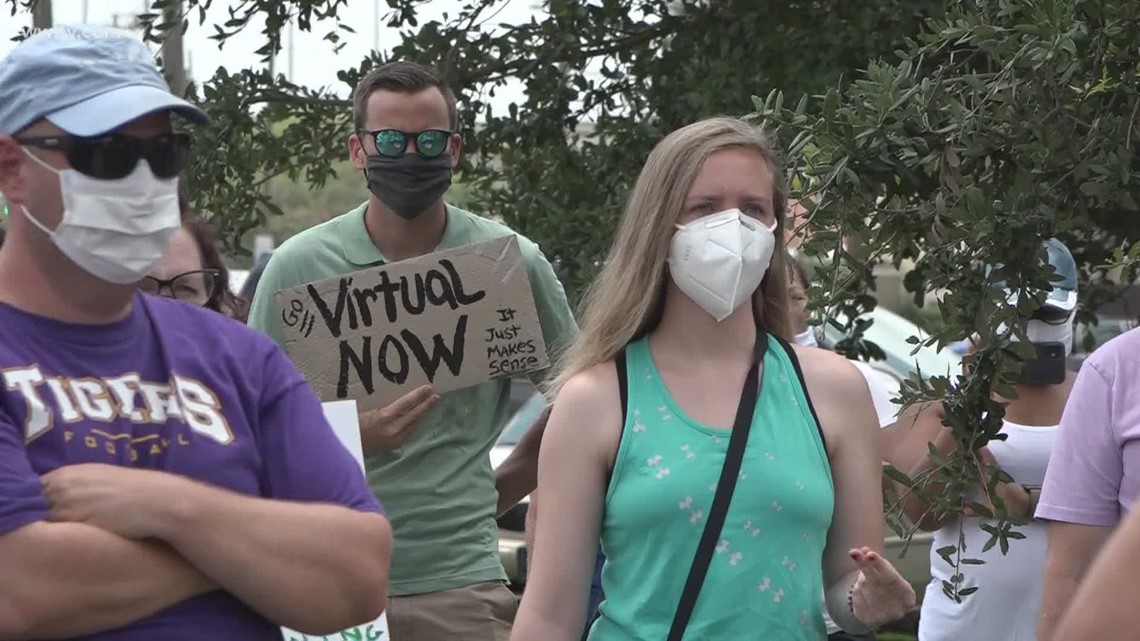 Dr. James Gray said the schools are waiting to work with Ochsner on a 15-minute rapid test.

JEFFERSON PARISH, La. — Jefferson Parish Public Schools Superintendent Dr. James Gray has announced the delay in schools opening until August 26 when he says a rapid, 15-minute test will be available to teachers and students who show signs of the disease.

Gray said that the rapid test from Ochsner will not be available to the schools until August 26, so the school year won’t occur until that time. Schools were supposed to begin this week.

Jefferson Parish schools have been embroiled in a controversy as teachers and many families said schools should be delayed while the parish and state are seeing high levels of cases.

Last week, as teachers came back to the classroom, many discovered for the first time that they would be teaching virtual and in-person students simultaneously. Some teachers – a small handful – tested positive for COVID-19.

Other teachers received a 16-ounce bottle of hand sanitizer and a box of masks as their protective equipment and were not told when or how the supplies would be replenished.

After just two days of being back in the classroom, a “handful” of teachers had already tested positive for COVD-19.

RELATED: ‘Not listening’ | JP School Board meeting ends abruptly after resident accused board president of looking at her phone

Grumpy Cat, the face of thousands of internet memes, has died

The Atlantic basin is quiet for now. Activity could return in October

No development is expected within the next five days. NEW ORLEANS — There is no big activity in the Atlantic basin at the moment, and...

Despite Brexit, bankers still like London for one big reason: Pay

DOT: Airlines must give refunds — not just vouchers — when...

Warmer Thursday, but Cold Front on Track this Weekend