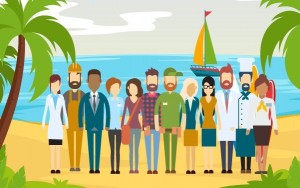 NEW ORLEANS – The Ehrhardt Group, a public relations firm, has teamed up with research and data analysis company Causeway Solutions to produce the Gulf South Index, a report that delves into hundreds of thousands of data points to show how the millions of people living in Louisiana, Mississippi, Alabama and the Florida panhandle are going about their lives.

Here’s a summary of the duo’s most recent report:

Demand is Building. The Message Needs to Be Right

The Gulf South region continues to change, and various consumer segments are behaving differently with the restrictions in place. That being said, it is clear among these personality groups that consumer demand is building. How and when businesses continue to reopen and the engagement companies have with the customers that are most important to them will be vital.

The people of the Gulf South want to visit businesses. They want to dine out. At the same time, they want to stay close to their hometowns or home states.

There are messaging and branding opportunities in these changing habits. Businesses and brands can showcase the innovations they are making to improve the consumer experience. They can relate to their customers on a more personal level, illustrating how their brand improves our lives, whether that experience gives us the comfort and familiarity of a great meal or adding new technology and design to keep our kids healthy and safe when they go to school.

At the onset of the pandemic, research revealed how some of these clusters of people were feeling in regards to how long the pandemic would last, restrictions in place and economic outlook.

For example, in March, two-thirds of those surveyed thought the restrictions and shutdowns would be over by now.

So, where do different clusters of consumers stand today now that we have clearly surpassed the expectations of most Gulf South residents? We examine three different categories:

In March, these consumers, who live primarily along the Alabama and Florida coasts, had not experienced the worst of the downturn’s others saw in our economy. But, their livelihoods also had not been affected yet because their industries flourish during the summer, as tourists flock to the beaches and pump the economy with seasonal dollars. Now that the summer months have come and gone, how do these blue-collar workers fare?

In March, they still had extremely high optimism, with 66% hopeful that 2020 would be a better year than 2019.  That optimism has taken a nosedive and only 42% now believe that 2020 will be better than 2019. Unlike the Bloomers, the concern around coronavirus has gone up.

All told, only 26% of these consumers would feel comfortable returning to work in an office setting but 36% want to get back to their daily routine as soon as the number of cases start to decline (rather than waiting for a vaccine or until there are zero cases).

The summer season has ended for these consumers and has clearly taken a toll on their outlook for the rest of the year, but they are still optimistic that this will be over before their high season returns next year.

This group consists of consumers between the ages of 25 and 34, who reside in north and central Alabama – moving up in their careers and not yet having started families.

In March, Birmingham Bloomers had flexibility, as their work situations migrated towards remote operations, so they did not see any hiccups in salary, nor did they feel the pain of the economic slumps. Further, without children at home, they were not undergoing the stresses of transitioning to remote schooling at the same time their careers were forcing them to work from home.

In March, 45% of the Birmingham Bloomers were extremely concerned with the coronavirus situation and 62% believed it would be over by the end of summer.

Today, despite the lockdowns lasting longer than expected, the concern has dropped and only 41% are still extremely concerned. Further, 61% of these Bloomers now think that, like it or not, the restrictions will last until the end of the year – if not longer.

One of the initial defining beliefs of this group was the desire of 50% of them to limit lockdowns to only high-risk individuals and badly affected areas. Today, that number has increased to 58%. This group wants restrictions lifted on them and individuals like them, who they feel are not as vulnerable or at risk of the pandemic.

The final cluster we reviewed in March were the Rural Retirees from rural parishes in Louisiana and counties in Mississippi. This group was the most bullish on reopening and in March, thought that the shutdowns and restrictions should last another 2-3 weeks at most before it was time to start reopening the country.

Again, we have seen this segment decrease in overall concern for the pandemic since its onset. Then, 52% were extremely concerned with the pandemic and today, that number has decreased to 46%.

Despite a complete lack of consensus on how to deal with the pandemic, the Rural Retirees are not likely to be partaking in leisure activities during the next three months. Only 4% indicated they would feel comfortable socializing in a bar right now and 0% said they would be likely to travel to a large American city such as New York or Chicago in the next three months.

Travel is not the only thing this group is unwilling to do.

Most striking though, is how this group will likely change the landscape of their local economies. Originally, 72% of consumers indicated that pre-pandemic they preferred to shop for clothing in a physical retail store. After the pandemic, however, only 52% believe they will shop in physical locations for clothing. By comparison, 49% of consumers nationwide would be comfortable going to a shopping mall within the next six months, according to a Morning Consult survey conducted Aug. 28-31.

The Gulf South Index is a cooperative project between The Ehrhardt Group, a public relations, content, issues and crisis firm, and Causeway Solutions, a nationally recognized research and data analysis company, that are both based in the Gulf South.

The Index delves into hundreds of thousands of data points to paint a better picture of how the millions of people living in Louisiana, Mississippi, Alabama and the Florida panhandle are going about their lives. We want to find out more about how we make decisions, from what we are buying and how we are getting our news to where we plan to travel.

Causeway Solutions and The Ehrhardt Group conducted a series of online surveys, each of 1,500 adults with a margin of error of 2.5 percent.  The most recent survey was conducted on July 18-20, 2020.

We cannot comment on the methodology of the surveys and research we did not conduct, which is why we do our best to link to the source articles or studies that we share here.

Kremlin accuses US of trying to usurp power in Venezuela

Traffic at stores on Black Friday fell by 52.1% compared with last year, according to preliminary data from Sensormatic Solutions, as consumers opted for...

Tesla isn’t dominating the electric bike market, but here are the players that might

Tesla's Elon Musk was turned off motorcycles by a crash, but from icons like Harley Davidson to upstarts like Lime, electric bikes are becoming...

Consumers spent $9 billion on the web the day after Thanksgiving, up 21.6% year over year, according to Adobe.

Showers throughout Saturday, but more widespread heavy rain is expected by early Sunday. Colder weather arrives by Monday. NEW ORLEANS — It looks like we...

Customer Tamara Jenkins tries on a hat with Meeka Robinson Davis, owner of One-Of-A-Kind Hats, as Davis' daughter Chrstiana Davis looks on, at the...

Tesla isn’t dominating the electric bike market, but here are the players that might