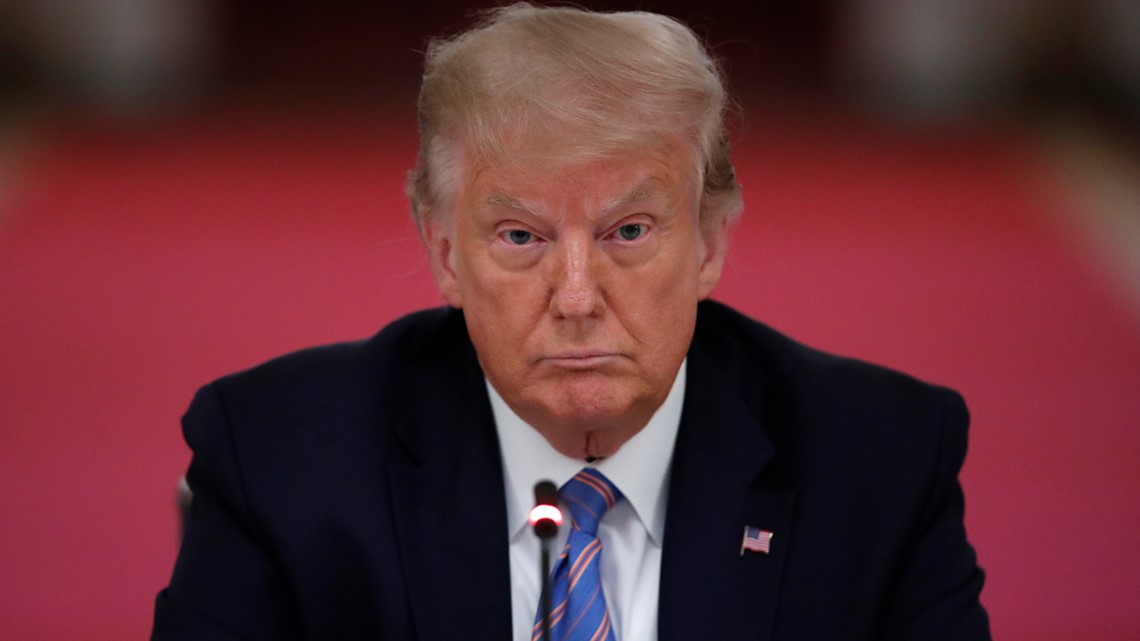 The dispute tests President Trump’s claim that he can’t be investigated while he holds office.

WASHINGTON — The Supreme Court is expected to rule on whether Congress and the Manhattan district attorney can see President Donald Trump’s taxes and other financial records that the president has fought hard to keep private.

The high-stakes dispute, which could be resolved Thursday, tests the balance of power between the White House and Congress, as well as Trump’s claim that he can’t be investigated while he holds office.

It’s not clear, even if Trump loses, how much of the material would become public, since some records would go to a confidential grand-jury investigation in New York and the rest, sought by committees of the Democratic-controlled House of Representatives, could contain highly sensitive information not just about Trump, but also about other members of his family and businesses.

Trump has so far lost at every step, but the records have not been turned over pending a final court ruling.

The case was argued by telephone in May because of the coronavirus pandemic. The court said Wednesday that all remaining cases would be decided Thursday. A dispute over whether a large chunk of eastern Oklahoma remains Indian land, also argued in May, is the only other outstanding case.

The fight over the congressional subpoenas has significant implications regarding a president’s power to refuse a formal request from Congress. In a separate fight at the federal appeals court in Washington, D.C., over a congressional demand for the testimony of former White House counsel Don McGahn, the administration is making broad arguments that the president’s close advisers are “absolutely immune” from having to appear.

In two earlier cases over presidential power, the Supreme Court acted unanimously in requiring President Richard Nixon to turn over White House tapes to the Watergate special prosecutor and in allowing a sexual harassment lawsuit against Clinton to go forward.

In those cases, three Nixon appointees and two Clinton appointees, respectively, voted against the president who chose them for the high court. A fourth Nixon appointee, William Rehnquist, sat out the tapes case because he had worked closely as a Justice Department official with some of the Watergate conspirators whose upcoming trial spurred the subpoena for the Oval Office recordings.

There are two Trump appointees, Justices Neil Gorsuch and Brett Kavanaugh, on the court.

The subpoenas are not directed at Trump himself. Instead, House committees want records from Deutsche Bank and Capital One, as well as the Mazars USA accounting firm. Mazars also is the recipient of Manhattan District Attorney Cyrus Vance’s subpoena.

Appellate courts in Washington, D.C., and New York brushed aside the president’s arguments in decisions that focused on the fact that the subpoenas were addressed to third parties asking for records of Trump’s business and financial dealings as a private citizen, not as president.

Two congressional committees subpoenaed the bank documents as part of their investigations into Trump and his businesses. Deutsche Bank has been one of the few banks willing to lend to Trump after a series of corporate bankruptcies and defaults starting in the early 1990s.

Vance and the House Oversight and Reform Committee sought records from Mazars concerning Trump and his businesses based on payments that Trump’s former personal lawyer, Michael Cohen, arranged to keep two women from airing their claims of decade-old extramarital affairs with Trump during the 2016 presidential race.

As deaths mount, officials test all veterans at nursing home

A recession indicator with a perfect track record over 70 years is close to...

ARLINGTON, Va.--(BUSINESS WIRE)--Shipcom Federal Solutions (SFS), a leader in next generation supply chain management solutions, has been awarded a subcontract by the U.S. District...

The Boeing Co. manufacturing facility stands in North Charleston, South Carolina, U.S., on Monday, May 4, 2020. Boeing is restarting its 787 operations at...

LONDON--(BUSINESS WIRE)--Technavio has been monitoring the off-road vehicle market and it is poised to grow by 223.96 thousand units during 2020-2024, progressing at a...

CUPE to Pursue 12% Wage Increase Awarded to LPNs Who Worked...

Analysis on Impact of COVID-19 – Technavio Evaluates the Impact of...