Traders work in the ten-year U.S. Treasury Note options pit at the Chicago Board of Trade in Chicago, Illinois, U.S.

Investors are worried the inversion of 10-year Treasury note and 3-month bill yield curve means a recession is coming but this time could be different, according to Fundstrat’s Tom Lee.

In the past month, the 10-year Treasury note yield has fallen from 2.60% to 2.22%, or about 38 basis points. That’s taken it below the yield on a three-month Treasury bill, causing an inversion of the curve. On Wednesday, the difference between the two widened to 12 basis points, the most inverted the curve has been since the financial crisis, helping to push equity prices lower. 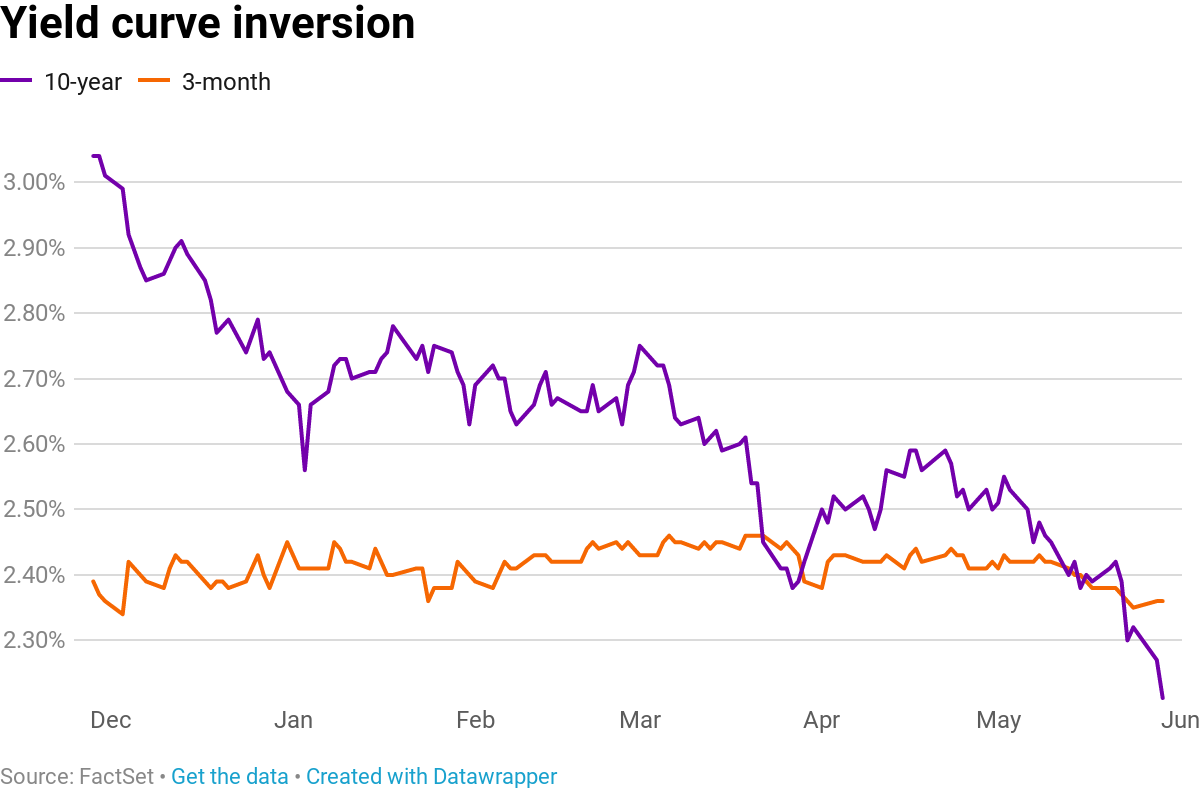 Lee acknowledges the yield curve has a good track record for indicating a recession, but conditions are different this time. If you look at the last seven 10-year—3-month inversions, since 1966, six of the the seven were a result of the 3-month Treasury yield rising above the 10-year Treasury yield and those instances were accurate recession signals, according to Lee.

Though back in 1998, as is the case today, the curve inverted during the Russian debt/Long-Term Capital crisis because of a rapid decline in the 10-year yield.

That turned out to be a “major buying opportunity” for stocks, said Lee. 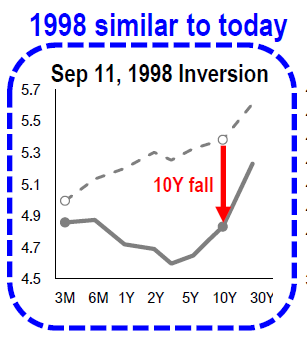 “We think investors are ‘over-reacting’ to this inversion,” said Fundstrat’s co-founder and head of research.

The markets tanked on Wednesday as investors worried about the economic growth landscape. The Dow Jones Industrial Average dropped 300 points and the S&P 500 lost 0.8%. The Nasdaq Composite also fell 0.8%.

Millennials need to get off the sidelines and start investing now

‘Newsweek’ Names Entergy One of America’s Most Responsible Companies

Blake Neff reportedly used a pseudonym to write bigoted comments about Black and Asian people, as well as women, on the online forum AutoAdmit. NEW...

Before coronavirus crash many big corporations broke the No. 1 rule...