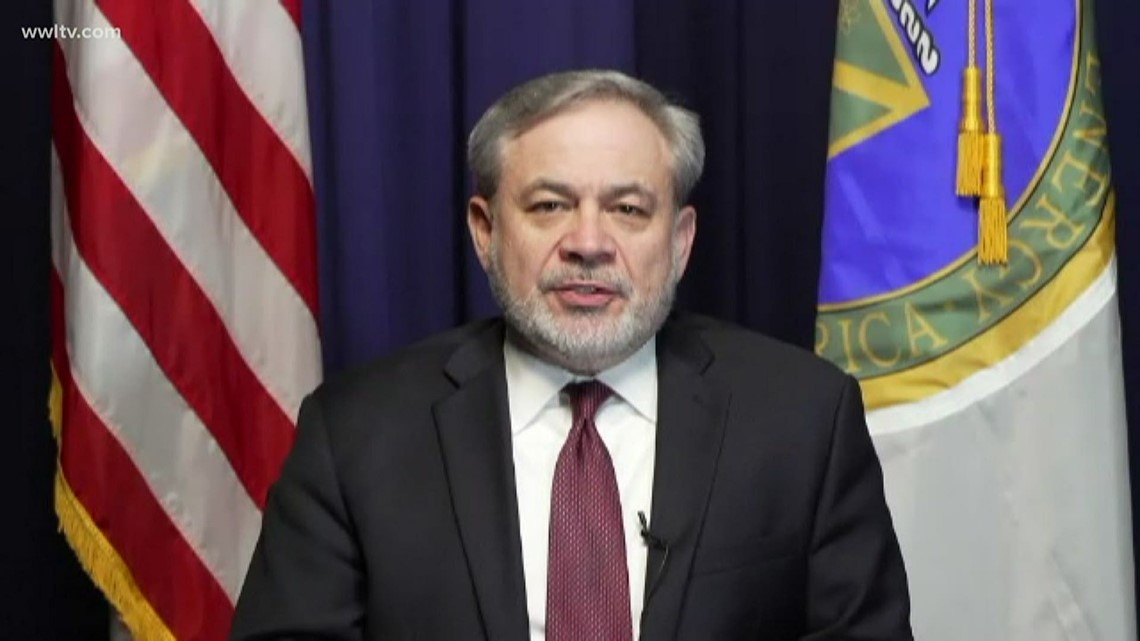 NEW ORLEANS — U.S. Energy Secretary Dan Brouillette is hopeful the re-opening of states across the country will give the oil and gas industry a much-needed boost, as gasoline usage dropped to its lowest level in decades during the coronavirus shutdown.

Brouillette said in an exclusive interview with WWL-TV Anchor and Investigative Reporter Katie Moore that he thinks the oil and gas economy will rebound rapidly.

“Our own energy information administration, EIA, as we call it in the Department of Energy, shows a very strong third and fourth quarters of 2020. So, that’s only a few short weeks away. That process is going to begin very, very quickly,” Brouillette said.

The EIA found petroleum consumption dropped to its lowest level in decades in March.

A recent study by an oil industry group found the oil industry employs nearly 45,000 people in Louisiana, a significant part of the state’s economy.

Louisiana also houses two of the four strategic oil reserves in the United States. As the price of oil dropped, President Donald Trump instructed Energy to “fill them up”.

Brouillette said DOE is continuing to do that.

“We’ve now contracted to store an additional 23 million barrels in Louisiana. We have room for another 41 million plus barrels of oil and we’re gonna continue filling it up to the very top,” he said.

RELATED: US stocks rally on hopes for vaccine and economic recovery

Jack Bogle, founder of Vanguard Group and creator of the index fund, dies at...

The number increased by 10 million in just over a month; global cases passed 20 million on August 12. Confirmed cases of the coronavirus have...

The storm is expected to meander in the Gulf of Mexico for several days. A cold front should block it from coming north, for...

Staff work at the Top Glove factory research and development lab in Shah Alam on the outskirts of Kuala Lumpur on...

Oil drops more than 10% as fears over second wave of...

These are the currencies most vulnerable to China's economic slowdown

US earnings may fall into recession, but Blackstone says it's still...