Home news VERIFY: Fact-checking quotes attributed to Trump about the Postal Service
This post was originally published on link to post 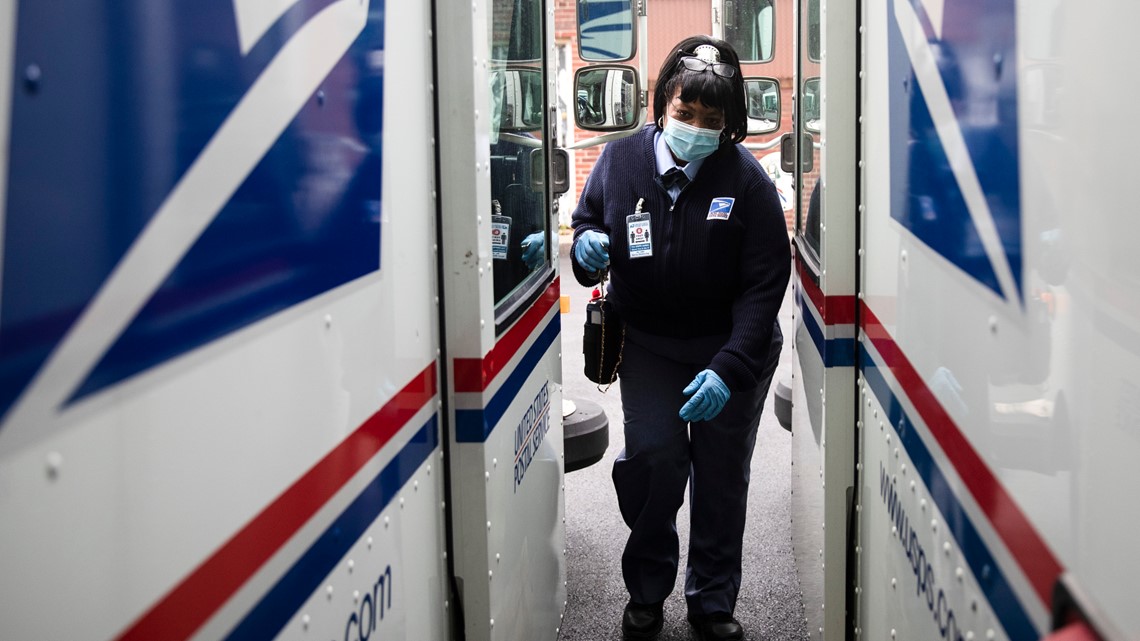 The VERIFY team looked at several claims regarding President Trump, mail-in ballots and the USPS.

This week the United States Postal Service has dominated headlines after President Donald Trump made several quotes about its funding. Outsiders fear the Trump administration’s decisions may impair the USPS’s ability to handle mail-in ballots in the upcoming election.

People have shared statements they’ve attributed to Trump as evidence that he is trying to dismantle the USPS to stop people from voting by mail.

The VERIFY team investigated what Trump has and hasn’t said about the Postal Service and mail-in voting, as well as other claims about the federal agency.

The comment here revolves around adebate between Republicans and Democrats over the next round of coronavirus relief funding. Trump was asked on Fox Business about what’s keeping the two sides from a deal.

Starting at 12:23 of this video, Trump said, “You know, there’s nothing wrong with getting out and voting, you get out and vote. They voted during World War I and World War II, and they should have voter ID because the Democrats scammed the system. But, two of the items are the Post Office and the $3.5 billion for mail-in voting. Now, if we don’t make a deal, that means they don’t get the money…That means they can’t have universal mail-in voting, they just can’t have it. So, you know, sort of a crazy thing. Very interesting.”

Trump says mail-in voting is one of the reasons his administration and congressional Democrats are at odds, but he doesn’t explicitly say he is blocking it.

On Friday, Trump was asked in a news conference if he would sign a bill that included funding for the USPS. He said, “Sure, if they gave us what we want.”

So he’s criticized plans to fund the USPS in preparation for mail-in voting and he’s said “if we don’t make a deal, that means they don’t get the money… That means they can’t have universal mail-in voting.” However, he’s left open the possibility of a deal on the relief bill getting done that includes funding for the Postal Service.

Trump said, “If I have to shut down the entire mail system in the months leading to the election, I will,” after calling the USPS the most corrupt and anti-American way of voting: FALSE

This quote was not tweeted, shared or said by the president in any other format. So, it’s outright false.

Mailboxes are being removed in the Portland, Oregon, area: TRUE

People have shared a photo on social media claiming that the USPS is taking away mailboxes in the Portland area.

🚨Please share this picture far and wide. Trump is trying to steal the election. He is gutting the USPS to make it difficult for people to vote by mail. Here in Oregon, that’s our only option. This demands attention! @OregonGovBrown pic.twitter.com/JSsmA0FTzY

RELATED: VERIFY: Fact vs. fiction on back to school COVID-19 claims

RELATED: VERIFY: No, the Post Office did not triple the cost states pay to mail election ballots

The spokesperson said they were removing mailboxes from locations they claim to have multiple ones right next to each other.

The Postal Service spokesperson said more mailboxes will likely be removed next week, though it’s unknown where those boxes are and when they’ll be taken away.

Facebook is taking a page out of Google's playbook to stop fake news from...

What would Biden's White House economic team look like? Here are some key contenders