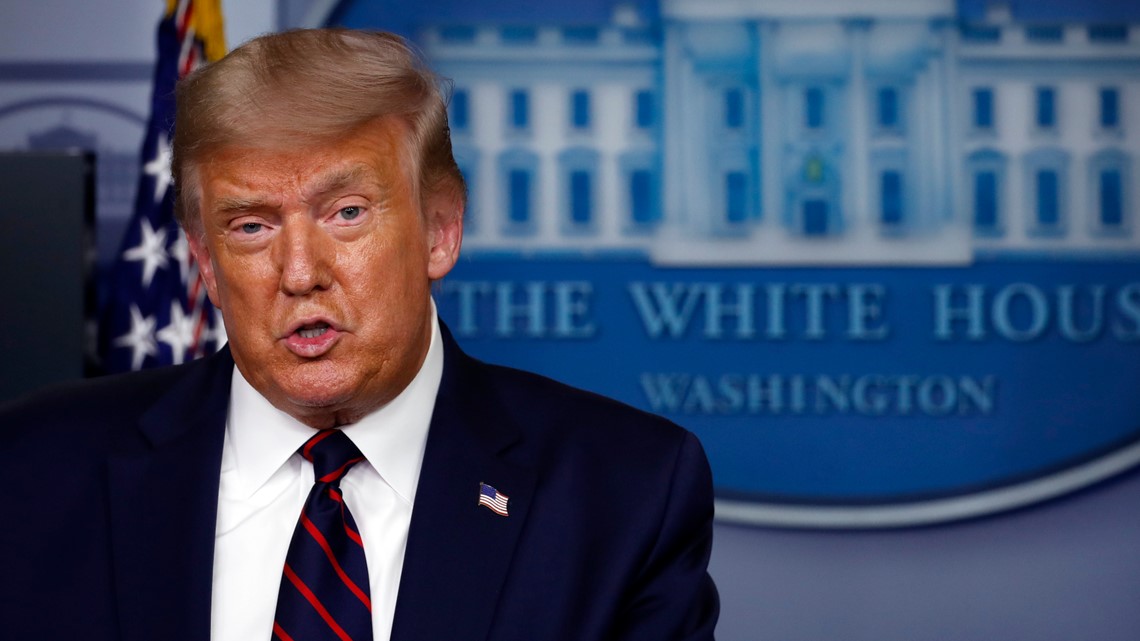 Over the weekend, Trump asserted he had the authority to defer payroll taxes and extend an expired unemployment benefit, although at a lower amount.

It’s expected that the president will discuss his administration’s ongoing response to the coronavirus pandemic and other issues.

Trump acted Saturday after negotiations for a second pandemic relief bill reached an impasse. Democrats initially sought a $3.4 trillion package, but said they lowered their demand to $2 trillion. Republicans had proposed a $1 trillion plan.

The are questions about how effective Trump’s measures will be. An order for supplemental unemployment insurance payments relies on state contributions that may not materialize. A payroll tax deferral may not translate into more spending money for workers depending on how employers implement it.

Under Trump’s unemployment plan, states would be required to provide 25% of the funds, and it’s unclear whether states have the money or the will to do it. Trump issued an executive order Saturday to provide an additional $400 a week in benefits after Congress failed to extend a $600 weekly benefit. But the plan requires states to kick in $100 a week, and many states are already suffering budget woes related to the coronavirus. Connecticut Gov. Ned Lamont says it would cost his state alone $500 million to provide the extra benefit through the rest of 2020.

As state officials questioned whether they could afford $100 per person per week, Trump offered a new angle to the plan. Speaking to reporters Sunday night as he returned to Washington, he said states could make application to have the federal government provide all or part of the $400 payments. He said decisions would be made on a state-by-state basis.

Trump said earlier that the federal contribution would be redirected from disaster relief money at the Federal Emergency Management Agency — dollars not likely to last more than two months. Shifting FEMA disaster funds also would occur as the peak of hurricane season looms and the National Oceanic and Atmospheric Administration warns of an “extremely active” season already underway.

This company bilked people with student debt out of $11 million — how to...

No recession but global growth will slow to a crawl this year, Janus Henderson...

Adults and kids both need desks to work from home, but stores are selling out fast and some are too expensive. NEW YORK — First...

US retail sales up 17.7% in a partial rebound from plunge

Here’s why the biggest U.S. mall owner might want to buy...